I am headed off in a bit here to go see Gigi and Papa. You know, we never called them that when we were kids. All of our great-grandparents had passed on, so we just called our grandparents the standard ‘Grandma & Grandpa’. And we used their first names to distinguish between the two sets of grandparents.

Anyways, going to see my WWII veteran grandfather on Veteran’s Day seemed like a good thing to do. He used to tell us all the best stories about being in the Navy. My Grandma would always say, “Oh quiet, they don’t want to hear that story. Leave those kids alone,” but I always loved Grandpa’s stories. I honestly think he is where I get my storytelling abilities from - he would have made a great traveling bard. 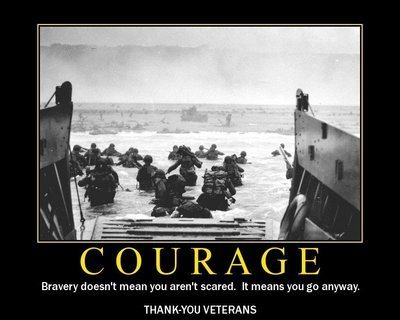 I stole this image from someone named Longshot over on Wordpress - it was too beautiful to pass up. In his post he talks about his father’s ship, the USS Tennessee, which logged over 170,073 miles in the war. My grandpa was in the Navy as well, and he was on one of the first ships to come into Pearl Harbor after the attack, where the Tennessee was. His stories of the aftermath are both horrifying and filled with astounding acts of kindness. It’s a shame he never wrote a book.

Thank you to all our veterans.
Collapse