As kids, we had our sandbox pushed up against the fence line in our backyard. We spent many days there playing with our Star Wars action figures, building Tatooine in the sand and burying our dead when they fell. Yes, we buried our dead. Sometimes so deep, we couldn't find them again. Poor Yoda, being as small as he was, had to be replaced at least three times because he'd get lost, never to be found again. And that happened at least once with R2D2, based on the fact that my little brother, now 33 years old, has been ripping up the old fence and laying in a new one for my dad and came across this gem, buried along the fence line. 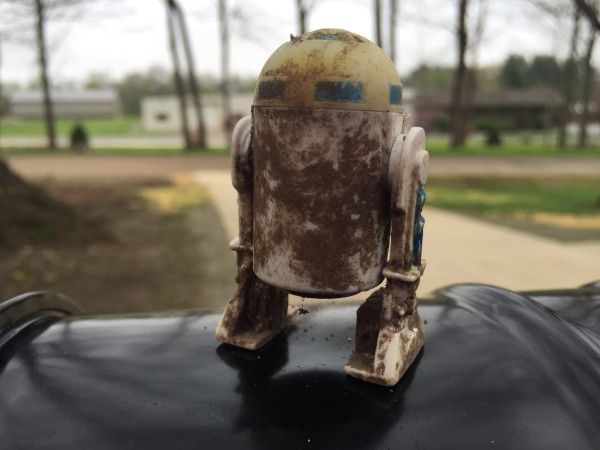 But as The Force Awakens taught us, R2, you will awaken again when the time is right. Until then, know you served us well, in the summers of our youth.
Collapse